Griff says; "Dear Joan, Why are we so lonely?"

So, you're probably not already wondering, who are Griff's all-time favourite Scottish band? From the perspective of someone whose life has taken him across central Scotland from Stirlingshire, to Renfrewshire, to Ayrshire and then back to Renfrewshire, what speaks most to him about his life?
Is it the sublime, ethereal sparkle of Cocteau Twins?
Is it the visceral, energising wall-of-noise of The Jesus and Mary Chain?
Perhaps the literate, sophisticated new-wave pop of Aztec Camera or the romantic, sweeping, pop landscapes of Camera Obscura?
Nope, all good, but guess again.
Ok, what about the post-punk, twee-pop precursor that was Altered Images, the quirky, glam-punk of The Rezillos, the urgent, rumbling folk-rock of Sons and Daughters?
All of these have a place in my heart but you're still not right.
Sigh, OK, Ballboy then?
Close, but that's still not it. Come on, which band have more plays than any other on my last.fm profile page?
Aaaaaaah, is it The Just Joans?
Bingo! 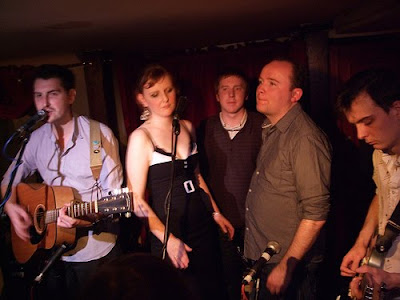 Let me try to explain why. As all Scots know, there are two Scotlands. The first is a vision of a romantic, heather-clad glen, a landscape rich with mystery, but bereft of life but for the haunting strains of a lone piper wafting down from somewhere high on the hillside. This is the vision dear to the heart of our American tourists. The other Scotland is the sort of place that never makes it into VisitScotland's glossy brochures. This is the Scotland of the self-destructive, macho posturing of the self-loathing hard men. It's about the small-town, judgemental post-Calvinist, obsession with, and criticism of, your neighbours. It's about trying to get to your reluctant, soon to be ex-, girlfriend's house past the chip-shop and the rampaging, drunken 'young team' ready to "plunge ye, ya walloper" on the basis of your religion, or what football team you support, and of course, both are inextricably linked anyway. It's about a November of endless night and incessant freezing rain and you're sitting on the bus to your house as it takes it's circular, halting route through all the schemes. And you're on your way back from Uni with no money and a growing sense of lost potential, and all the people you were at school with are getting on and off the bus too, coming back from their hopeless, soul-destroying day jobs in tertiary industry and you drift off into a dream of comforting, pointless nostalgia. And that, my friends, is the Scotland which is soundtracked so beautifully and almost uniquely by The Just Joans.
I'm going to insert two videos now (below) which should illustrate precisely what I'm getting at above. Both videos nicely showcase The Just Joans special blend of folk-pop, kitchen-sink realism and should adequately demonstrate why they are to central Scotland what The Smiths and The Kinks are to Northern and Southern England respectively (why The Joans remain virtually unknown alongside these more illustrious bands is a subject for another day). Please note, the following videos so accurately, penetratingly and cruelly display scenes from the actual lives of Gordon and I that they are almost painful to watch.

In 2005, they released their debut album 'Last Tango in Motherwell' through Ivan Lendil Music. In 2007, they released two EPs, 'Virgin Lips' and 'Hey Boy - You're Oh So Sensitive!' through Streetlamp favourites WeePOP! Records. 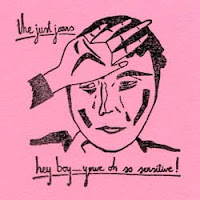 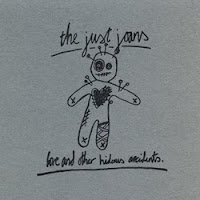 In 2009 they released the excellent 'Love and Other Hideous Accidents' EP, again through WeePOP! Unfortunately, these have now sold out although a quick trawl through the WeePOP! sites back catalogue will still happily provide you with an essential taster to the greatness of The Just Joans via a few free, digital-download, sample tracks. 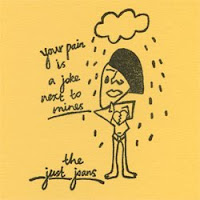 So, why am I mentioning them now? Why, because , their fourth EP on WeePOP!'Your pain is a joke next to mines' is officially released on September 27th. It is limited to 300 copies, in the usual hand-assembled WeePOP! way but, early-birds take note, it's already available to pre-order right now. As usual, to whet your appetite, the nice people at WeePOP! are giving away a free digital-download of one track; this is the evocatively titled, and typically Just Joan-like, 'Stuart Had A Dirty Book'. I've inserted a live performance of this song (below) along with another track from the new EP 'Why Are We So Lonely, Steven?'.
I think both tracks are a wonderful addition to the Just Joans oeuvre and demonstrate the wonderful, sly humour that leavens their ostensibly grim subject matter, which is why, along with 'Gregory's Girl' this is the art that defines my life.
Enjoy!